Write Way Communications offers a variety of writing services most suited to your needs. We help you get heard, while producing outstanding written products that reflect your professional image, which is so critical in today’s competitive marketplace.
Hi Melanie Really wanted to send a quick email to thank you for the write up on Bruce. It was great. I feel as though many people look through that paper. I know I do- from front to back always, so I am hopeful that many saw your wonderful words. Thanks again. See you
- Jennifer Vipond, Owner of Bruce Wine Bar

PPD: What we don’t know won’t kill us or will it? 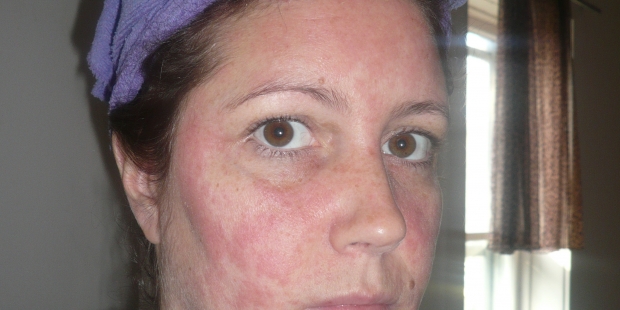 To die for: PPD in hair dye — what we don’t know won’t kill us or will it?

This could have flown under the radar for me, as it does for so many, but for the fact that a few months ago, I decided to colour my hair with hair dye, and as I write this I am still suffering from the symptoms of a severe allergic reaction. Why?  Well according to the Cosmetics Database, hair dye does not require regular testing like cosmetics — both in Canada and the U.S. and I was unaware of the implications.

My symptoms, some of which can be seen in the accompanying photograph of myself:

The culprit? Paraphenylenediamine (coal tar) has several different scientific names and is best known in the marketplace as PPD.  It’s a colourless substance that requires oxygen to become coloured; this intermediate, partially oxidized state is what may cause allergies in sensitive individuals.

And it’s a key ingredient of hair dye.

Here in Canada, although the government has banned PPD in cosmetics applied directly to the skin, Health Canada has not implemented the same befitting regulation for hair dyes containing PPD.

Inspired to write about my severe allergic reaction to hair dye, I realize it’s equally important to inform consumers that in the United States, the Federal Drug Act (FDA) does not test personal care products for safety and has banned only nine chemicals from the U.S. market, and 99 per cent of all products available to consumers contain one or more ingredients that have never been tested for long-term safety, according to the Campaign for Safe Cosmetics.

We need companies making real commitments to safety and sustainability; moreover, we require both the FDA and Health Canada to move quickly toward firmer regulations.

We have seen a substantial rise of toxic chemicals on the shelves and in products that is absolutely daunting.  In the past 20 years, only 15 per cent of the 80,000 new chemicals that have been invented since the 1950s have been tested for health and safety, and none of them have been tested in combination.

Not all cosmetics are safe either.  Don’t get me wrong when I say hair dyes do not get regular testing like cosmetics; many cosmetics are unsafe as well.  This is why it’s crucial to understand what ingredients are in the products you buy.

As I looked deeper into the various chemicals in hair dye and other people’s reactions to the dye, it dawned upon me, whether you have a severe obvious reaction or not, PPD is extremely toxic and dangerous, and has been linked to cancer in humans and animals.  You may not have an allergic reaction, but what’s happening when it’s absorbed into your immune system?

During the 20th century, allergic reactions to PPD became such a serious problem that it was banned from hair dyes in Germany, France, and Sweden. The allergic reactions can be severe and require hospitalization with steroids and antibiotics needed to treat an infection in the blood stream or skin. Long-term effects of exposure to this chemical include lupus, asthma, non-Hodgkins lymphoma, and there appear to also be links to breast, uterine and bladder cancer, as well as mutations in animals.

Many phenylenediamines are demonstrated to be mutagenic and carcinogenic according to numerous studies, and at its most innocent, PPD might inflict a person with a nasty welt-like reaction that itches and burns, such as my reaction. At its most malignant, PPD has been associated with death. Experts say that if excess PPD in hair dye enters in to the blood stream via skin pores or inhaled or consumed, it can be disastrous to health. It will not only cause rashes and an itching sensation, but will also trigger asthma, eczema and may even damage your kidneys and lungs.

In the simplest terms, PPD breaks down in your body in a kind of digestive process. These smaller amounts are more sensitizing than the actual PPD is when it first comes in contact with you.  That’s probably a notable factor in the sensitizing issue and progressive reactions which may result in serious health problems and death.  “People who used synthetic permanent hair dyes monthly for a year doubled their risk of developing bladder cancer, and hair professionals had five times the bladder cancer risk”, reported a study in the International Journal of Cancer in 2001.

With lack of safety data and no real definition of natural, these products are all over the map in terms of safety.

The disaster inherent in its use continues.

A few months ago, Toronto Star Staff Reporter Wendy Gillis wrote about a 17-year-old girl who collapsed and died after dying her hair and “in the latest incident, another British woman has been given just an eight per cent chance of survival after she collapsed minutes after applying a home hair dye kit.” http://www.thestar.com/living/article/1090405–hair-dye-ingredient-linked-to-coma-death It’s time to re-evaluate these harmful ingredients and expose the lifelong effects, hazards, and environmental implications of such detrimental ingredients like PPD; it’s imperative.

Readers can visit www.safecosmetics.org for a list of safer companies, and to link to the database Skin Deep, which provides in-depth information on chemicals like phthalates and parabens, different product types, and applies safety scores for brands and products.