Write Way Communications offers a variety of writing services most suited to your needs. We help you get heard, while producing outstanding written products that reflect your professional image, which is so critical in today’s competitive marketplace.
"Your music profiles and excursion pieces have provided wonderful insights into area artists and some known and not well known places to check out.Your ability to create a picture with words is much appreciated and in keeping with the focus of Georgian Life. Keep up the great work!"
- Janie Thacker, Publisher - Georgian Life 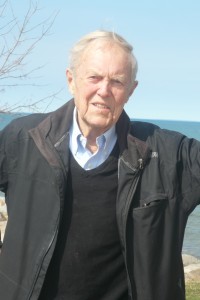 Inventor, Frank Sloan, former Intercontinental Transport Pilot and Canada’s first Culligan Man, has dedicated his retirement years and focused his proven engineering genius to develop a unique flushing and venting system that operates with no moving parts.  A future of toilets has arrived!  And its name is AQUAIR®.

Born in 1919, Frank is a healthy and active 93 year old inventor who still hops on his bike to get around.  He has four children and grew up in Forest Hill Village in Toronto and now resides in Collingwood.  He is a founding member of Osler Bluff Ski Club, having skied for over 70 years.  As well, Frank’s daughter and granddaughter are both world class skiing competitors.

Franks first job was at the age of 17 as an office boy for the Lever Brothers working in the mailing department.  He developed a better method of writing and delivering information for the company with two floors of administrative employees.  Frank is always thinking of innovative ways to make things work more effectively!

Frank has flown across the Atlantic at least 29 times and studied Aeronautical Engineering in 1939 at the University of Toronto.  As a civilian pilot for five years, helping with the war efforts, Frank was chosen as one of the top 5 pilots from the RCAF Flying Schools to fly as Co-Captain for the RAF Transport Command, delivering bombers across the Atlantic to India, Algeria and Scotland.  He was also the youngest pilot.

It wasn’t until after all of this when the war ended and Frank had made 29 Trans Atlantic flights in propeller driven planes that he had become “sick of long distance flying” and became the first Culligan Man.

Since he invented the world’s first automatic water softener valve in the mid 50’s (one moving part – operated by water pressure), and having obtained eleven patents during his life, Frank’s present invention is expected to be nominated for the Global Invention of the Year Award.  In the domestic water business for about 15 years, Frank noticed that many toilets leaked.  “I became painfully aware that at least sixty percent of all the toilets in Toronto homes leaked.”  This is when he decided to invent a toilet that could not leak nor wear out.

Frank didn’t start out to create the world’s “greenest” toilet, one that would require the least volume of water to deliver a perfect flush every time.  However, that is what he did!  And now, look out plumbing world – the world’s first non-mechanical, room venting toilet flushing system, is soon to come.

So stay tuned while Frank completes the development of this AQUAIR® Vent “N” Flush toilet!  He can be reached at 705.888.0804 or by e-mail: andrewscopy@gmail.com.