Write Way Communications offers a variety of writing services most suited to your needs. We help you get heard, while producing outstanding written products that reflect your professional image, which is so critical in today’s competitive marketplace.
Melanie, your article is well written and clearly informs the reader of unsuspected dangers when using hair dyes.
- Mary Robertson 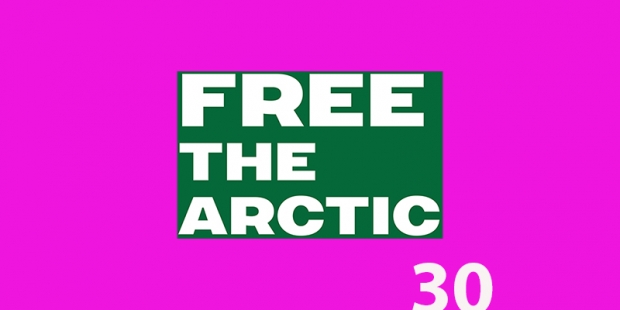 On September 18th the Greenpeace Arctic ship was seized and 30 members were arrested and charged by the Russian authorities with a possible and irrational sentence of a maximum of 15 years in jail.

Are you aware of the new Arctic oil rush that is about to start for merely three years’ of oil?

Shell, BP, Exxon, Gazprom, Rosneft and others want to risk a catastrophic Arctic oil spill for only three years’ worth of oil.  For just over a month now, the families have been patiently waiting for any news.

“A month of worry and anxiety for the parents, siblings, and children who see their loved ones imprisoned for doing the right thing: taking brave action to show the world how companies like Gazprom and Shell risk destroying the Arctic in their ruthless hunt for oil,” says Arctic campaigner, Ben Ayliffe.

What do we have to lose?

The Arctic sector of Canada is 1,425.000 square kilometers and home to more than 14,000 Inuit.  It acts like a refrigerator for the northern hemisphere while strongly influencing weather patterns globally.

“The Arctic 30 were standing up for all of us, defending a fragile environment and a climate in crisis and now we must stand with them. Their detention is an attack against every single person who has ever been willing to raise their voice to demand a better future for themselves and their children. Now these 30 people are prisoners of conscience and we are all responsible for their fate,” said Greenpeace International Executive Director Kumi Naidoo.

Once the project begins, oil companies will drag icebergs out of the way as well as use giant hoses to melt floating ice with warm water.  We cannot let a tragic and detrimental oil spill happen in the Arctic.  With a population of more than 14,000 Inuit, walruses, narwhals and polar bears, the Arctic affects the lives of many near and far away and  is home to an array of unique and diverse wildlife!

To drill in the Arctic, oil companies have to drag icebergs out the way of their rigs and use giant hoses to melt floating ice with warm water. If we let them do this, a catastrophic oil spill is just a matter of time.

We’ve seen the extreme damage caused by the Exxon Valdez and Deepwater Horizon disasters – let’s not let this happen in the Arctic.

For further information about how YOU can help:

Peacefully Protest for the prisoners on Friday 25th, this month. 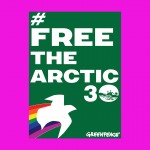